The highest temperature ever recorded in the Arctic – 38C (100F) – has been officially confirmed, sounding “alarm bells” over Earth’s changing climate.

The World Meteorological Organization (WMO) on Tuesday verified the record, reported in the Siberian town of Verkhoyansk on 20 June last year.

The temperature was 18C higher than the area’s average daily maximum for June.

The WMO, a UN agency, said the extreme heat was “more befitting the Mediterranean than the Arctic”.

It is the first time the agency has included the Arctic Circle in its archive of extreme weather reports.

The WMO said the 38C temperature was measured at a meteorological station during “an exceptional and prolonged Siberian heatwave”. 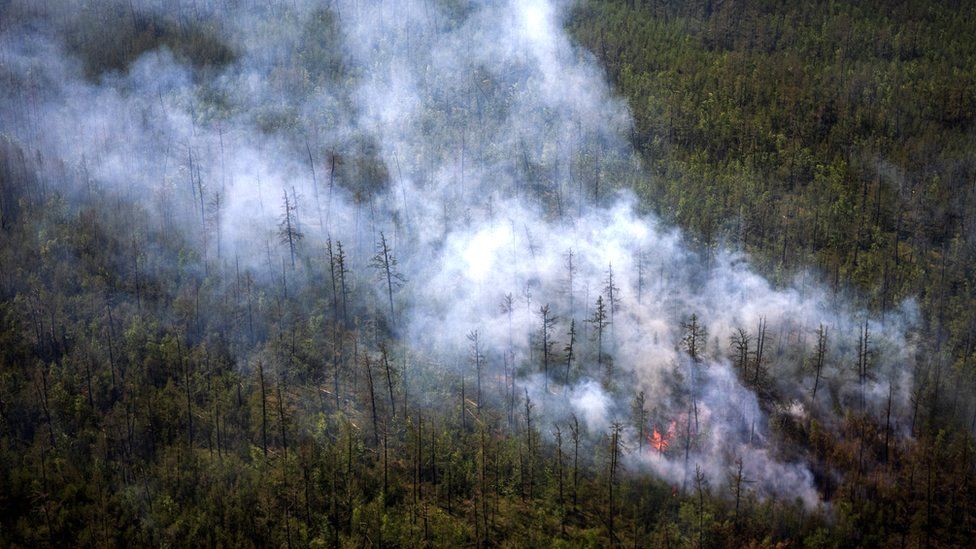 Last year’s extreme heat in the region contributed to the spread of wildfires, which swept across the forests and peatlands of northern Russia releasing record amounts of carbon.

While relatively common in the summer months, high temperatures and strong winds made the fires unusually severe.

The high temperatures across Siberia led to “massive sea ice loss” and played a major role in 2020 being one of the three warmest years on record, the WMO said.

What is climate change? A really simple guide
How do we know humans affect climate change?
How extreme weather is linked to climate change
The WMO said its verification of the Verkhoyansk record highlighted how temperatures were increasing in a climatically important region of the world.

“This new Arctic record is one of a series of observations reported to the WMO Archive of Weather and Climate Extremes that sound the alarm bells about our changing climate,” said WMO Secretary-General Petteri Taalas.

The agency said it had added the Arctic Circle to its World Weather and Climate Extremes archive under a new category for high temperatures in the region.

The Arctic is one of the fastest-warming regions in the world, heating at more than twice the global average, the WMO said.

Warming in the Arctic is leading to the thawing of once permanently frozen permafrost below ground.

This is alarming scientists because as permafrost thaws, carbon dioxide and methane previously locked up below ground is released.

These greenhouse gases can cause further warming, and further thawing of the permafrost, in a vicious cycle known as positive feedback.

The higher temperatures also cause land ice in the Arctic to melt at a faster rate, leading to greater run-off into the ocean where it contributes to sea-level rise.

Human activity is contributing to a rise in world temperatures, and climate change now threatens every aspect of human life.