Sydney came out of nearly four months of lockdown in early October to contain a Delta outbreak and has been gradually easing curbs after higher vaccinations. 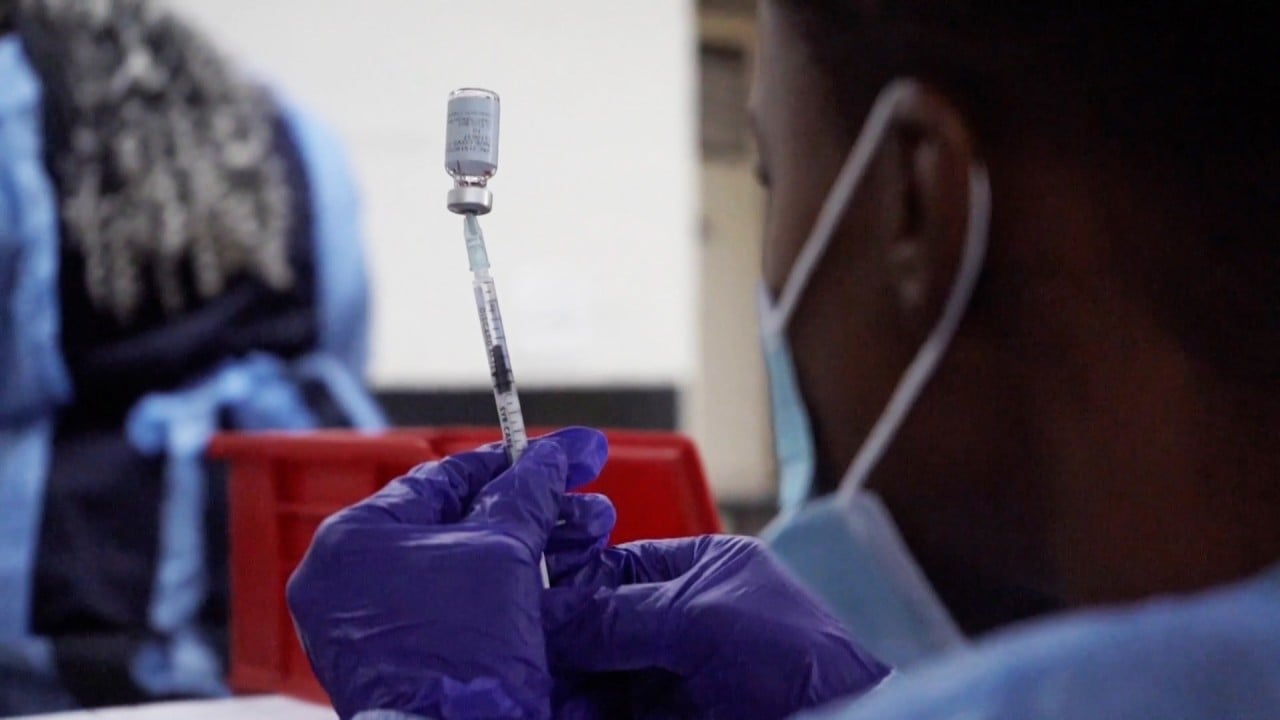 What do we know about the new coronavirus variant Omicron?

When confirmed, the latest probable case would bring the total number of confirmed infections in Australia to seven, with six detected in NSW.

The other person who contracted the Omicron variant is in isolation in the quarantine facility in the remote Northern Territory, from where three people escaped early Wednesday morning, police said. It is not immediately clear if they are infected with Covid-19.

The emergence of the Omicron variant has prompted Australia to pause by two weeks its border reopening plans due from Wednesday to skilled migrants and foreign students. Mandatory two-week quarantine has been enforced for citizens returning from southern African countries.

South Korea reported a new daily record of 5,123 new coronavirus cases, as it battles to contain a sharp rise in patients with severe symptoms and stave off the Omicron variant, the Korea Disease Control and Prevention Agency (KDCA) said on Wednesday.

The government on Monday shelved plans to further relax curbs because of the strain on its health care system from rising hospitalisation and deaths as well as the possible threat posed by the new variant.

Hospitals were treating 723 patients with severe Covid-19, a record number, as the authorities scrambled to secure more ICU beds. Severe cases have seen a steep rise compared with just under 400 in early November.

To ease the strain on hospitals and care centres, South Korea this week began making at-home treatment the default for people with mild infections, with only more severe cases transferred to hospitals. Residential treatment centres will also be expanded.

More than 84 per cent of the severely ill Covid-19 patients were aged 60 and above. Experts had pointed to waning antibody levels from the vaccines and urged the elderly to get booster shots.

He also called for tighter virus prevention measures to head off Omicron after suspected cases entered the country from Nigeria.

South Korea has not reported any confirmed Omicron cases so far.

Tuesday’s figures bring the coronavirus infections in the country to 452,350, with 3,658 deaths. Despite the rising hospitalisation rate, the mortality rate remains relatively low at 0.81 per cent, KDCA data showed.

South Korea has fully vaccinated nearly 80 per cent of its 52 million people, while the boosters for adults aged 18 to 49 only begin this Saturday.

Millions of Filipinos face having to pay for their own Covid-19 tests as a new rule mandating vaccines in workplaces comes into force, even as essential workers in some parts of the country struggle to access shots.

As of Wednesday, businesses will require employees entering offices to factories to be inoculated against the virus. The rule is being enacted despite the Southeast Asian nation having one of the lowest vaccination rates among major economies, with just 41 per cent of the population inoculated.

Restaurants and government agencies will also be allowed to refuse entry or deny service to individuals who remain partly or wholly unvaccinated, with the measures part of a wider push by the government to boost the overall inoculation rate.

Authorities haven’t specified how often workers will need to get tested to access workplaces, but antigen tests typically cost around 2,000 pesos (US$40), while PCR tests can cost as much as 3,000 to 5,000 pesos. The gross monthly minimum wage in the Philippines was the equivalent of US$10 in 2019, according to the International Labour Organization.

Labor secretary Silvestre Bello said the “ideal situation” would be for all workers to be vaccinated, to ensure workplace safety.

“Since we can’t compel them until there’s a law that would require that, the next best thing we can do on the part of the employer is to require them to undergo testing,” Bello said. “This requirement is conditioned to the fact that we have available vaccines.”

Bello said consideration would be given to workers from remote areas where access to shots was available but limited, and that the vaccine mandate and testing rule wouldn’t apply in these areas. He didn’t, however, elaborate or specify any locations.

Covid vaccines are widely available in Metro Manila, which accounts for a third of the Philippines’ economic output. Outside the capital region, however, widespread logistics challenges, from storage, to transport to distribution, hamper people’s ability to get inoculated.

Of the 35.5 million essential workers across the country, only 13.2 million were fully vaccinated as of November 28, according to government data. Besides poor access, the Philippines is also seeing some vaccine hesitancy, like in many parts of the world.

A national vaccination programme run from Monday to Wednesday focused on six regions outside Manila, and had the goal of issuing another 9 million shots.

The new rule “was like an ultimatum for me,” said Bernardo Wabe, 46, a security guard at a state-owned bank in Manila. “I don’t want to end up working and using my earnings just to pay for my swab tests. I headed to the nearest vaccination site to get my shot last week.”

Singapore’s Covid-19 vaccination rate has risen to 96 per cent of the eligible population and authorities are now racing ahead to administer booster shots amid concerns over the Omicron variant.

The health ministry said late on Tuesday that it had updated the official vaccination rate to account for a small drop in the population.

About two months ago, 82 per cent of the total population had been fully vaccinated against the virus.

Singapore had barred unvaccinated people from entering shopping malls from mid-October, and authorities have said they will further tighten rules from January 1, including only allowing vaccinated individuals to enter workplaces.

The island nation has administered boosters to 26 per cent of the population. It has not detected any cases of Omicron yet.